There’s No Such Thing as the Boogeyman: 8 Tax Audit Myths and Misunderstandings 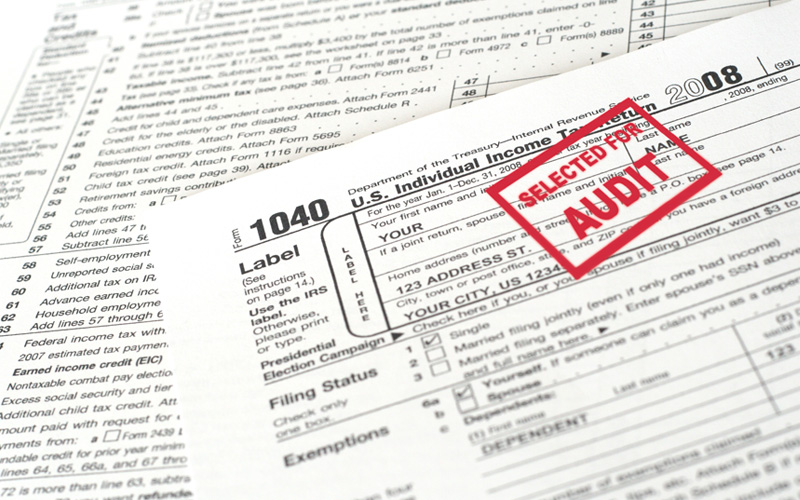 Tax season is stressful enough without having to worry about a dreadful audit. Unfortunately, the average American probably has only a vague understanding of what a tax audit actually is and this lack of information leaves many in fear of that obscure tax boogeyman.

Let the professionals at Abigail Y. Murray, CPA, LLC. shine some light on the situation by providing you some information about common tax audit myths and misunderstandings. We promise there’s nothing to be afraid of…or is there? (We kid. There isn’t.)

Not really. If you make anywhere between $1 to $199,999, you have less than a 1% chance of being audited. Those numbers do increase as you start making more, with multi-millionaires seeing the highest percentage.

Interestingly enough, you have a higher probability of getting audited if you don’t report any income (5.26%) versus those making up to one million (3.62%). Find some comfort in knowing that you probably won’t have to deal with those scary IRS agents.

You may be tempted to avoid using valuable tax deductions out of fear of an audit, but a long list of legitimate deductions shouldn’t be a cause for concern. This is especially true if you work from home. The IRS has created a simplified system of home office deductions so that taxpayers can benefit from them without fear of punishment.

The IRS uses systems to compare your return to similar ones, but as long as everything was properly completed on your tax return, you shouldn’t have a reason to worry.

Of course an audit is going to be a little nerve wracking by nature, but find some solace in knowing that tens of thousands of taxpayers actually get money back after an audit. The IRS noted that in 2015, they paid tax payers back on almost 40,000 audits, totaling about $1.1 billion.

Also, 9% of field audits and 12% of correspondent audits end just fine without penalties or a need to change a tax return.

It’s easy to see how filing an extension or amendment can draw more attention to your tax return, but the IRS has already revealed these to be myths. Your return will go through the usual screening processes and won’t be red flagged merely because your actions.

Your best bet when amending a tax return is to effectively explain why you needed to make the necessary changes. And filing an extension can actually help you to avoid being audited by giving you more time to correctly complete your taxes and thus reducing your risk of errors. Just remember that filing an extension DOES NOT mean you can pay late—everyone has to pay by April 18th this year.

This misconception is really just dependent on a freelancer’s or self-employed individual’s ability to not get carried away with deductions or under-reporting earned income. Because of certain deductions available to these non-traditional workers, the chances of an audit may seem higher, but the reality is that as long as you remain truthful about all the items on your return, you shouldn’t have any reason to be assume you’ll be audited.

It is in your best interest as a freelancer or self-employed individual to maintain precise records of your business expenses, keep copies of all your receipts, and a mileage log if you use your vehicle for business purposes. Ultimately, play it safe and don’t fall into the temptation of stretching the truth on your tax return.

No. The IRS can issue you a refund and then initiate an audit after the fact. The IRS can go back up to three years to audit someone, and even as far back as six years in really serious scenarios.

Audits aren’t what they used to be. Over the last few years, a major effort has been made to improve customer service and focus on taxpayer rights. In fact, the vast majority (70%) of audits are actually done by mail. Meaning there’s a high likelihood you won’t even have to deal with them at home or at your workplace.

While an audit definitely isn’t the most pleasant experience, it’s no longer the hellish ordeal it once was.

IRS boogeymen coming your way? Abigail Y. Murray CPA is your light in a scary situation.

If, for whatever reason, you are chosen to for an IRS examination, get the experienced and professional expertise you need with Abigail Y. Murray, CPA. Our we offer top quality support during the toughest of times. So you can worry less and live more.
Give us a call today at (956) 800-5600 for the best accounting support you can find in the Rio Grande Valley and McAllen metro area.